As of April 17, 2021, Winter is no longer a part of the Blog. He officially stepped back from his BlogTeam duties and left the Blog + all its sister sites. He decided to leave all his wiki pages, including this one, the way they were. For memories and for all the work put into them. He thanks everybody for his time here, and is very grateful for all the memories. You can still reach out to him on Discord—he will be around. Thanks. 🧡

Winterwhisper is a tall, fluffy white tom with black blotches, a black tail, and a black face spot covering one eye and ear. He has big, dark green eyes, and a long, plumy tail.

When Winterwhisper first joined the Blog, he was very shy and nice and innocent. Over time, especially after being chosen as the Medicine Cat Apprentice, he became louder and more flamboyant. He was sassy and snarky and just a generally big personality. That phase lasted a few years, and got him involved in some drama. He never consciously meant to be obnoxious or conceited, but he lacked self-awareness. Eventually, around 2017-2018, he mellowed out a bit as he aged. He still had some signature sass, but was a lot more empathetic for people and let them talk.

Now, Winterwhisper tries to be a lot kinder and calmer. He will always have a tinge of snark, but it is rooted in fun. After becoming a moderator on the wiki and eventually the Blog, he realized there was a certain professionalism needed to be successful. Winterwhisper will always be dramatic and loud and full of attitude, but he strives to mix some kindness, thoughtfulness, and care in too.

Winterwhisper joined BlogClan on July 10, 2015, and was active until late 2019. Between 2020 and 2021, he mostly focused on his moderator duties but not much else. He was chosen as the medicine cat apprentice by Kat in the 2015 election. He continued in the position until the 2017 elections, where Flowerstream and Birchfoot were inaugurated. He ran in the 2017 and 2019 elections. He had an introduction on the New Member's Page and the BlogTeam page.

Winterwhisper tried to participates in several Gatherings, but often struggled to because of timezones. He loved the game Name That Apprentice, and won the third round solely. He has judged a few rounds of it in the past, whenever Iceflower needed help.

His former mentor was Kat, as mentioned, but before that, Heart That Shine's Like a Hobbit's. When Winterwhisper switched over to Kat's medicine cat apprentice, Hobbitheart then took Stormy Sea, Kat's old apprentice, as her own. They flip-flopped. Throughout his blog years, he made friends with Flowerstream, Goldenfawn, Wavesplash, Birchfoot, Fernfall, Cypresswind, Maplesky, Sundance, Lilyshine, Streampaw, and others. He got along pretty well with everybody.

Winterwhisper became a member of BlogTeam, the BlogClanner in the Spotlight Editor, on April 12, 2019, along with seven other candidates. He moderated comments and live chat, conducted BITS interviews, and followed general matters of the Blog. He stepped down from his duties on the same day that he left the Blog.

Winterwhisper used to be quite active on the wiki, often more so than on BlogClan.

He used to run the News section on the main page of the wiki, and also the Featured Fanfics section, which are both now gone. He and Emberdawn redid and organized the forums together. He helped moderate both roleplays and was active in both. He was a content, chat, and discussions moderator on the wiki, before becoming an administrator on April 25, 2019.

He always tried to learn new things. He discovered coding thanks to the talents of Willowlight and Foxstep, and practiced it every once in a while. He has several coding pages.

Winterwhisper can also be found on the BlogClan Discord. His tag is Winterwhisper#7799! Feel free to reach out at any time.

Winterwhisper enjoyed roleplaying during his time on the wiki.

For Fading Futures (the first main roleplay of the wiki) Winterwhisper was the third person, after Flameshine and Flowerstream, to make a character and join. He was the main manager of the roleplay allegiances, with Emberdawn, Iceflower, Juniperpool, and Flowerpetal helping. He created the roleplay rules, and also helped edit and accept character forms on the signups page, along with Jetclaw and a few others.

His favourite roleplays were the Twolegplace, Dusk Syndicate, and BlogClan.

Winterwhisper was an administrator and activity check manager for the Northern Stars roleplay. He was an active roleplayer, and was a part of the creation of it. He helped with decisions whenever he can. He aided in the migration to Discord.

Winterwhisper has been in at least two chapters of Trailing Stars. He was mentioned in Chapter 19 by Geckopaw, and chapter 17 by Meadowpaw for sure. He was shipped with his former ship partner, Maplesky, though that sunk. Winterwhisper wrote Chapter 23, where he tied up loose ends with Maplesky and helped a patrol capture the badger. Sorrelstream edited his chapter. He also edited a chapter for Viperfrost.

Winterwhisper used to be a very avid and regular fanfiction writer. He has many fanfictions, most inspired by his dear friend and fantastic writer Cypresswind.

His Warriors fanfictions are:
Completed: 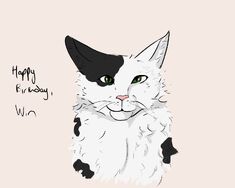 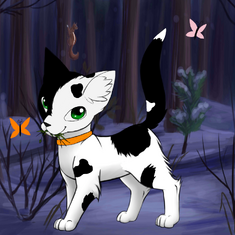 Made With App by Ice 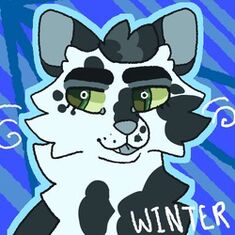 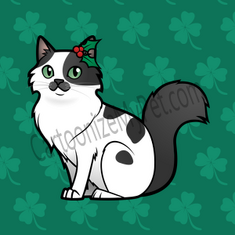 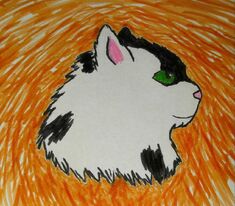 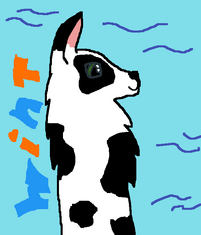 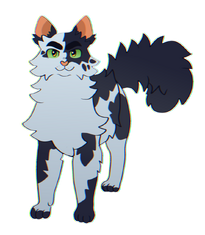 By Kat
Community content is available under CC-BY-SA unless otherwise noted.
Advertisement