this page completely up to date as of 2018

Old comments can be found here and here.

Willowlight is a grey sepia she-cat with a darker stripe down her back, lighter underparts, fluffy ears, and green eyes.

(A grey sepia is similar to a pointed cat. Basically, grey with darker face, ears, legs, and tail)

Willowlight is generally very strange on BlogClan. How she acts usually varies depending on how much sleep she got, who she's around, and the time of day, though it's often entirely random. Sometimes she's very very very insane, usually talking in all caps and doing something very odd (such as sacrificing people to the inactivity "gofs" to prevent them from raining down inactivity and killing chat OR becoming your almighty overlord Wollowtsar and shipping everyone (to the Bahamas). She's usually very energetic during these times, and it can be quite entertaining. Other times she doesn't do much but make sarcastic comments and be annoyed by everything and everyone. This rarely shows on BlogClan, but it happens a heck of a lot in real life, mostly because of the high quantity of idiots in her school. She can get annoyed easily a lot, but especially when she's hungry, tired, or generally done with humanity or her siblings. Sometimes she's calm and normal, though she can also get very nonsensical when she got little to no sleep or it's late at night. (Yes, she normally makes that amount of typos, but just is too lazy to correct them when she's tired :P) Generally, her personality varies a lot.

Willowlight has been on the Blog for three years now, though she was only active for a year and a half. She posted her first comment as Mudstreak on July 3, 2015, though she forgot about the blog and never commented again until December 2, 2015. When she first (well, second) joined BlogClan, Live Chat was closed, and she became most active around New Years'. She founded a quite embarrassing Clan called TpyoCaln and was well-known for it for a while, and eventually caused a secret Clan war in late March with the intention of being noticed. She eventually became your average member of BlogClan, well-known for claiming secret pages and eventually being the Goose Overlord. She's not as active as she was anymore, not commenting quite as much, but she still stalks about daily. She wrote a chapter of Trailing Stars, became a senior warrior on 5/7/17, and ran for medicine cat in the 2017 elections.

Willowlight participates in NTA, though she rarely gets many points.  She did a murder mystery game on the Warrior Games page and participates in a few other games there, along with occasionally posting warrior names on the Warrior Names page.  She posts frequently on the Tavern and occasionally on the discussion pages.  Willowlight has written four (I believe???) articles, namely What If Bluestar Survived, Defending Dovewing, Why Lionblaze Isn't a Gary-Stu, and Analyzing Bumbledove (aka Bumbledove Sucks).

Wollow has written one chapter of Trailing Stars, Chapter 20.  It siucked.  Don't read it.

Wollow is far, far, far too active on the wiki.  She does a lot of STUFF and THINGS and WHATEVER.  Mostly, she chats.  Way too much.  She's usually active in the afternoon/night, and does absolutely nothing while she's there.  She also writes some fanfiction, though little of it is serious.  The little that is is pretty bad.  Anyway, she roleplays (sometimes), makes faily projects (sometimes), and stalks (always).  She does lots of wiki activity stalking.  She writes some fanfiction, the most notable probably being The Greatest Warrior.  Wollow likes to PRETEND she's a mod (because she made the mod-cat-star things, she gets one) but she isn't.  She greets every new member with her incredibly long welcome that nobody reads.

I have been shipped with many people, places, things, and stuff that does not fall into those three categories. Here's a list.

For some reason this section's in first person. Don't ask me why.

These are my quotes. Credit to the speakers... I guess...

If you're not credited, sorry!  Please tell me if you know who drew any of these 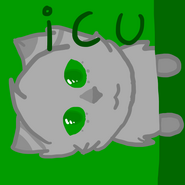 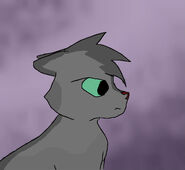 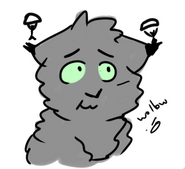 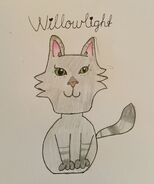 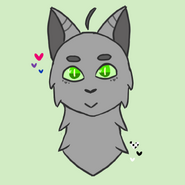 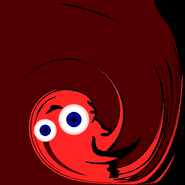 By Heron the MudWing (originally by me but you can't tell) 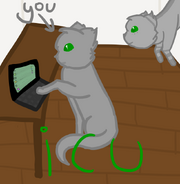 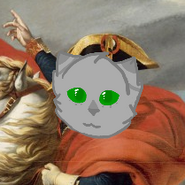 By me and some painter of Napoleon Bonaparte 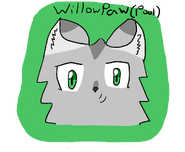 By Dawny (I believe) 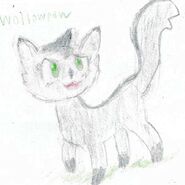 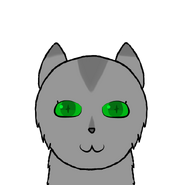 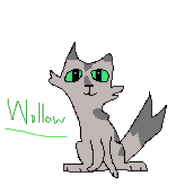 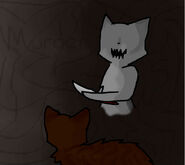 By Rainy and some generator 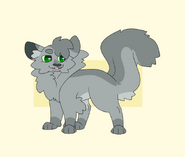 By Darkwing
Community content is available under CC-BY-SA unless otherwise noted.
Advertisement