Waffleheart (formerly known as Wafflepaw) is a fluffy chocolate calico with lilac eyes.

Waffles joined BlogClan in 2017, with a 1.5 year hiatus from 2018-2020. As far as they're concerned, they're the only Norwegian member of BlogClan. They were obsessed with Warriors for years, and even though they haven't read the books in years, it still holds a special part in their heart :') <3

Their personality type is ENFP-T.

They worship Rihanna, but miss thing hasn't released an album in FIVE YEARS so in the meantime they're mostly obsessing over SZA with a sprinkle of Lana Del Rey. (i was E L E V E N last time Rih released an album)

They also spend faaar too much time on tiktok and they love Noah Miller and Brittany Broski.

Waffle loves christmas and snow more than anything else in the world and cries tears of joy every time it snows, because it's gotten so rare even though he literally lives in Norway (miss climate change is really getting at it)

Other than that, they are an actor and also loves to sing. They are a drama student.

When it comes to warriors, they began reading it in ~2015, but haven't read the series since ~2018. To say that they were obsessed with Warrior cats would be an understatement. They love Dawn of the Clans and Ivypool:) Their favorite books (other than DotC) are: Into the Wild, Forest of Secrets, Rising Storm, A Dangerous Path, The Darkest Hour, Moonrise, Dawn, The Last Hope and Shattered Sky. The last book they read is also Shattered Sky.

They have recently started drawing a lot. Shoot me a message on Discord or my wall and I'll draw your purrsona if you want. C:

Waff has been shipped with...

A not well known fun fact about Waffles, is that they *tried* to comment waay back in 2015 on the old website, under the name Snowbrook. But they didn’t understand how BlogClan worked and did not understand why they couldn’t comment on the live chat...Spoiler alert live chat wasn't open. They gave up, and didn’t visit BlogClan until almost two years later!

Waffle first commented on BlogClan April 6th of 2017. It was under the name Conenose, and veeeery cringy. It was on the Legends of the Clans spoiler page, and it was suggestions for Alderheart and Sparkpelt's dead kits' descriptions. On a spoiler page. About Spottedleaf, Pinestar and Thunderstar. Awesome, Waffle... or, Coney? They then changed their name to Cinnamonpaw, and then Corianderpaw. But on the 1st of May, they changed their name to Wafflepaw, and has been Waffles ever since. Their plan all along was to be Waffleheart, but when they became a warrior they impulsively changed it to Wafflecone. They were then Wafflecone for three seconds before switching to Waffleheart. They are considering changing their full name to just Waffles.

They considers themself active, and you can usually find them on the Tavern, the Warriors Games Page, NTA, The Rotation and the Hug Page.

They created an official user on May 1st of 2017. After countless of days (*cough*like three*cough*) of trying to find a mentor, Icy said "I can be your mentor", then they said "Woot, lemme fill in a form" and then she said "Yipee" and they said "Woohoo" and so on...

They have released three articles, titled "Rant About Bright Stream's Death", "Favorite Characters of Warriors" and "Thistleclaw...". They also have two articles waiting to be posted, called "Justice for RiverClan" and "Enough with the Mapleshade Praising".

They started a NTA in November 2020 on the Game Page, and they have a lot of fun with it. :D (JOIN MY NTA OR ELSE)

They attended the January 2021 gathering as a member of the Peculiar Penguins. They hosted a game of Warriors Trivia. They also won Redblaze's Warriors in Different Countries with a whopping 8 points, and got one point in Ebonyrain's Slam Poetry.

On the wiki[edit | edit source]

(this part is very outdated because the wiki is pretty much dead :') )

Waffle's wikia username is Waffle04. Their former user was Corianderleaf. They like to edit their own fursona page a lot, and is (still, four years later) a noob at both coding and not breaking wiki rules.

They can be found on chat almost every day (rip wiki chat</3). They have newly developed a love for forums. They also love to RP. They started their own Island RP with the help of Sapphie on May 31st 2017. :). This RP was canceled due to inactivity.

They are currently ranked #19 on the wiki, with 1,440 points - as of December 2020. They are one of two people to get the Battle! badge - making 100 edits on articles in one day. They are also very proud of being in the top 20 even though no one uses the wiki ever hee hee.

On the discord servers[edit | edit source]

They joined both BlogClan discord servers on November 11, 2020.

They were a Shivering Snowdrop at the December 2020 gathering, and won Warriors Trivia by a landslide (yes i'm putting this here because i'm proud of my nerdiness), and they also won 20 questions. Their team won!

They were one of the first to join Wollow and Viper's roleplay - Shattered Stars - when the server first opened on November 19, 2020.

Lilac: They currently have one character, Lilac, who is a "revolutionary, anti-monarchist, Needletail-ish" character living in the Ichor Syndicate, hoping to one day overthrow the government and construct a democracy like in the Eventide society, through the power of ~manipulation~. But first, she has to fight her inner demons.

Moonlily: Their other character, Moonlily, was accepted on December 8. She lives in ValleyClan and all she ever wanted was to help ValleyClan expand by having many kits with her beloved mate. Unfortunately, her mate and their first litter all died last leaf-bare, and she is now a bitter young lady, who also happens to be xenophobic! Yayy (i love me some rude characters) She is a part of the FLICKERMOONFEATHER LOVE TRIANGLE.

Bloobert: Basil's best friend from the Society. Struggles to find himself a place to belong, both parents died while he was young. Only really feels loyalty to Basil, but keeps a humorous and optimistic outlook on life nonetheless; but is this just a coping mechanism?? O_o

Waffles has neither written nor appeared in a chapter. Which is rude and homophobic.

Feel free to add some quotes that I have said! :D (this is literally just me thinking i am funny)

(i make myself laugh so much)

(updating this would take TOO MUCH TIME so this is all outdated as well :3 )

Here is an alpaca with an afro.

Here is an alpaca spotting fowlshamers.

Here is an alpaca that is very interested in cameras.

Here is an alpaca that is enjoying life. 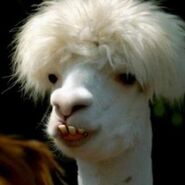 Here is an alpaca with an underbite. 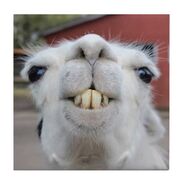 This is actually a self portrait.
Add a photo to this gallery

Look at this baby otter. 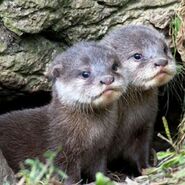 I can't get enough of otters and I'm NOT sorry.
Add a photo to this gallery 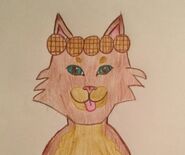 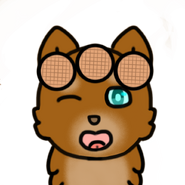 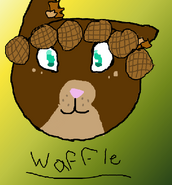 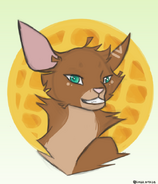 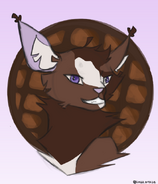 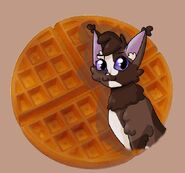 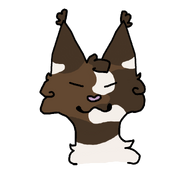 By Slatey
Add a photo to this gallery

Thank you so much to everyone who would take time out of their day to draw my purrsona, it's truly heartwarming! :') <3333

Other Things I Have Drawn[edit | edit source] 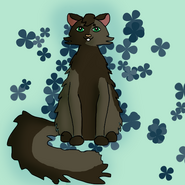 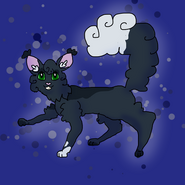 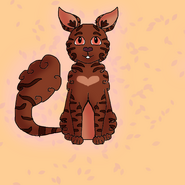 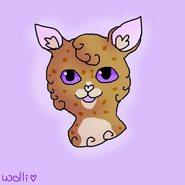 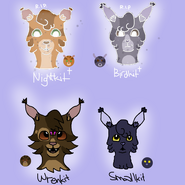 My Littlecloud bot kits on Discord 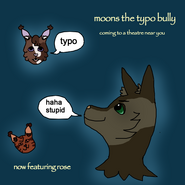 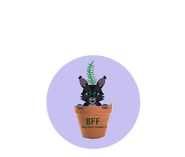 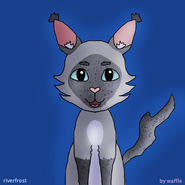 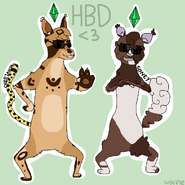 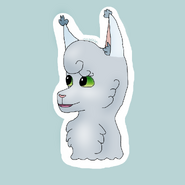 Coldheart
Add a photo to this gallery

PS: I deleted some of these drawings because some of them were just not good lol 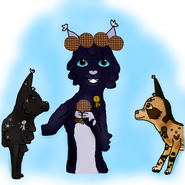 Game One: Frost (Starpaw, Cheetah)
Add a photo to this gallery
Retrieved from "https://blogclan-2.fandom.com/wiki/Wafflepaw?oldid=355636"
Community content is available under CC-BY-SA unless otherwise noted.