Viperpen is a dark grey cat with: lighter grey muzzle, chest, tail-tip, and toes; black diamond and v-shaped stripes and rings around wrists and tail; long legs and tail; longer ears rounded at the end, and electric cyan eyes.

ELECTRIC CYAN AND YOU CANT STOP ME

Viperfrost is a mod of BlogClan as well as the Medicine Cat Apprentice (2021 - 2023) under Goldenfawn! She is the Clanniversary Editor, TSGN Editor, and an Allegiances Editor! She is well known for being one of the speediest mods, even staying up late to mod comments. She is the Queen of the Recent Purrs, and no one can dethrone her.

Viperfroatmeal enjoys drawing and writing. She's in the process of writing her first novel and creates new art on a near daily basis.

Viperfrost pens lives across the street from an interdimensional portal and has access to the eldritch creatures that have fueled her power. She may or may not one day plan to dethrone the Caketatorship, but who's to say?

Viperfrost is often seen on BlogChat, as well as random pages she finds herself on when modding comments.

If you feed Viperfrost a cherry sandwich, she'll flip through gaps

Viperfrost joined the Blog on September 12th, 2018! She initially joined under the name Bloodwhisper, which was kept for three days before being changed permanently to Viperfrost.

She was a bit of a social hermit at first, mainly writing articles and lurking around the Blog without commenting much. Viper struggles with social anxiety, so it seemed very difficult to make new friends or jump right in.

Viper was promoted to BlogTeam status on April 12th, 2019, alongside seven other individuals. She was hired on as the Allegiances Editor, succeeding Jayfrost. Later she became the Clanniversary Editor, succeeding Goldenfawn. Further on, she took up the mantle of TSGN and became the TSGN Editor.

She slowly figured out how to come out of her shell, and is now one of the more talkative members of the community. C:

Vip became a Senior Warrior in 2020, having started her campaign in September 2019. To prevent confusion over an Allegiances Editor tracking their own vouches, she asked the wonderful Iceflower to track them.

Viper was a finalist in the Medicine Cat Elections of July, 2021, and was promoted to Medicine Cat Apprentice after the end of elections! She serves under Goldenfawn! C:

Viper has made many wonderful friends throughout her time on the Blog, including Mapledrift, Emberdawn, Goldenfawn, Birchfoot, Willowlight, Moonbreeze, Darkwing, and Iceflower! Those are just a few, as she considers the entirety of the Blog to be a large group of friends. <3

Vip has also created a scavenger hunt akin to the Emberden, known as the Viperdiner!

Viper is always looking for ways to help out on the Blog and make it a better place than it already is!

Viper checks in on the Wiki semi-frequently, though she often lurks around without commenting. C:

Viper is on Discord all day every day and can be contacted for invites to the unofficial servers.

Viper was initially promoted to BlogTeam as the official Allegiances Editor and has performed in that position for two years.

In October 2020, Viper's BlogTeam workload changed slightly. She now does the Allegiances every other month, alternating with the lovely smol penguin Goldenfawn. Viper then took up the post of Clanniversary Editor as well. In May 2021, Vip rebooted the TSGN project. She has remained in these positions to the present day!

Viper mods comments every day, potentially for hours at a time, and makes sure to open live chat frequently. She is sometimes called out for opening live chat often at odd hours, such as 3 am in her timezone! ;D

Viper is an admin for the unofficial Discord BlogClan Gatherings held every two months, alongside Willowlight, Juniperpool, and Rosesong. In this capacity, she is a contributor to each Gathering's lore, aesthetic, games, and lineup, as well as filling in for game hosts when necessary.

Viper loves RPs. She is admin of Clans of the North, a co-admin of Shattered Stars alongside Wollow, and a moderator of Evergreen Valley.

Viper loves art and writing! She draws nearly every day and seeks to improve her craft. Viper is currently writing a novel, and much of her art involves characters from it. Her art sometimes also features characters from a plotted-yet-unfinished Warriors fanfiction series entitled Skyclan's Survival.

Her inspirations for writing include Kate Cary, Leigh Bardugo (specifically for the Six of Crows duology), Kathryn Lasky, and several others. C:

Viper is a straight-A student who has always tried to do her best in school. She has taken honors, advanced, and AP classes throughout her school career. She would like to become a scientist of some kind, though she is unsure of which field to enter. Career interests lie in psychology, genetics, nanotechnology, and business.

Viper has participated in a variety of roleplays over the years!

The main Blog roleplay she played in was Trials of Ether, a Tests-inspired RP.

She's participated in many RPs on Discord as well, including Clans of the North (formerly admined by Mapledrift and then admined by Viper herself), Evergreen Valley (where she is a moderator), and Shattered Stars (which she admins alongside Willowlight). Shattered Stars is noted especially for being the sequel/successor to the popular Wiki RP Fading Futures.

Clans of the North

While not truly an RP, Viper also participates in a Discord DnD campaign hosted by Maple, where she plays Howl, a chaotically evil Kenku who will NEVER return Porble's Sprinkle. This DnD campaign is in fact the origin of the blogmeme "porble."

Viper has been platonically married several times! Notable relationships include:

1. Rosesong, where Viper and Rose have married and divorced multiple times. The time-till-divorce record is set at 0.2 seconds! Talks have been opened regarding remarriage, as in the Viper/Rose/Wollow triangle, Wollow is the only spousal murderer and Vip wants to change that.

2. Willowlight, where Viper and Wollow were married to expand their political and criminal empire. Ended when Wollow murdered Viper and stole her overseas assets. This led to the first Rose/Viper divorce, as Rose did not fully investigate Viper's murder.

Various events such as the merging and divison of nations, the decision to turn Wollow into Sonic by locking her in a Ciper Cube, etc, have been made with the wholehearted intention of obliterating the other party.

3. Waffleheart, where the two best ferns married after Viper proposed to Waffle on the hug page with a pebble. The penguin ceremony was officiated by Goldi. BEST FERNS FOREVER.

Vipers will be Vipers. (In a good way)

The flamethrower-loving snek can make anyone smile!

Yes, there is Viper. She does Viper things. Wow such snek! Much good! Or, as discord BlogClanners would say, smuch gud. BAGUETTESTAR IS THE BEST LEADER 10/10 WOULD CHEESEBALL AGAIN

VIPER IS A SWEET BEAN AND I WANT TO GIVE HER A HUG SHE LETS ME SPAM HER DMS WHEN I'M SAD AND ALSO SHE IS GREAT AT ART! AND NO I'M NOT DONE UNFORTUNATELY FOR YOU! SHE ALSO IS CHAOTIC GOOD AND MAKES ME LAUGH WHEN I'M FEELING SUCKY AND SHE IS SUPER CREATIVE AND NICE AND ACCEPTING - WILLOWPAW (WOLLI)

I love viper! She's honestly great and I had lots of fun talking to her over the summer :) she's one of the people that caused me to stick around on the blog so i could talk to them more -ebay

Viper is the resident snek, and is one of the most chaotic people I have ever met :P But she is an amazing friend and it is virtually impossible to not laugh at all her jokes ^w^

Vipey is such a great cat! When I feel left out or sad, they're the cat to make me feel better with feir funny comments even if xey don't notice. Mae's so nice! Huge thank you to Vip Vip for being Vip Vip! ~ Coldheart

viper's a chaotic bean and is about 3 inches tall but i still love her :3 - plumber

vipes is an awesome bean and just amazing. love ya <3 ~wolsi

Viper do be fabulous and I adore her. she's one of the best people I know and our very random discussions are 1000/10 thank you and goodnight. ted mosby slander WILL be tolerated here <3 - Goldi

Vipes, is one of the smartest people I've met on the Blog, she's got an extraordinary sense of humor, and she's a devoted mod...you know what? She's just precious <3- Rosette

viper is just an amazing person who is always a kind and super loveable bean. She is an amazing mod, devoted and super speedy. She always seems to know what to say in any situation. Love yaaaa-Rainy

Vip won't torch my head but 100% the best. AND RULER OF ELECTRIC CYAN EYES :) (Silverclaw)

Vip is... uh, she is- she's... AMAZING AT CUTTING EVERYONE TO GET TO THE FRONT OF THE LINE - Stormi

Vip scares me because she lurks around BlogClan at night with her sneaky snakey self...- Pilot the pirate >:3

Viper is a funny, friendly, creative, kind, awesome, beautiful, positive, optimistic, bright, and smart person!! Viper is an incredible artist as well as a brilliant mod who works hard to keep BlogClan a happy and safe place to be! I'm very lucky to get to know you <3 -Mounty

Viper is such an incredible arsonist person and an amazing, astounding artist. She's very funny and never fails to make us BlogClanners laugh. -Captain

Viper is amazinggggg! She is so funny all the time and always makes me happy! She works very hard to make the Blog a fun place! Thank you, Vip, for everything you do :D - Ivypaw/shadow (Swift)

“YOTE!” Viper screams frantically as she shoves cats out of the way and nosedives into Frost’s path to catch the beloved loaf.

Viper x the cherry sandwich that makes her fly through gaps

Add whatever you want!

Viper has appeared in a few chapters, and she does not want to look up which ones!

Viper has also written a chapter of Trailing Stars, chapter 27, which is currently waiting on chapter art for publication.

Aquila with her love of spoilers :P

wolsi -am i a friend enough to join this list?

Sparrowpaw! (we've only talked a few times but still...)

Rainy who hopes she is enough of a friend to be on the list.

Absoloutly everyone. And Daydream

JUJU (watch me accidentally delete the entire page by trying to add my name :P)

Stormi who's your absolute favorite and ily

Gracey who is gonna call herself *Raisinbran who loves milk; best bud is Bloomie who loves orange juice* on here, will fight Viper for the red vines and twizzlers

Mossi who is very intimidated by this page

A fellow apprentice in the soup, Lilypaw/fox (Foxi) <3

Keeko, who you prolly have no clue who I am-(Thriftheart) 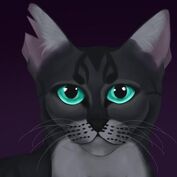 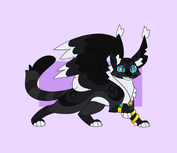 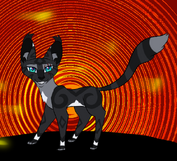 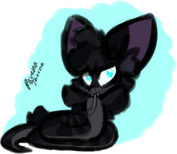 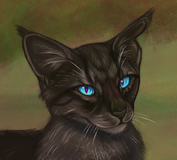 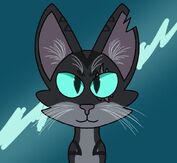 By Darkie (im the one talking) 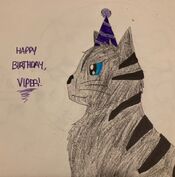 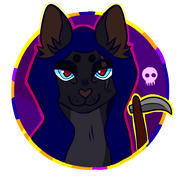 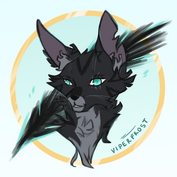 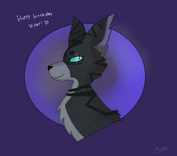 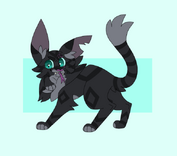 Artist Unknown (not mine!) 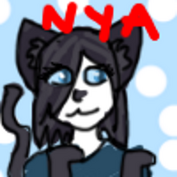 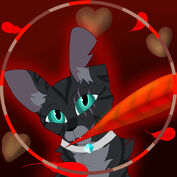 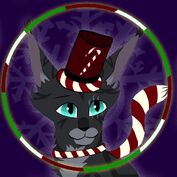 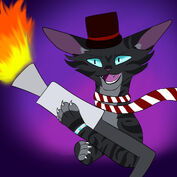 idk man but by viper 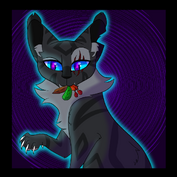 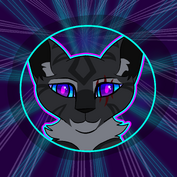 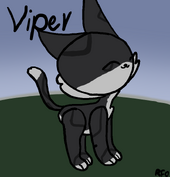 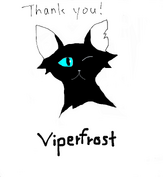 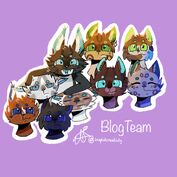 blogteam art by Dew! I squish!! 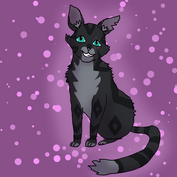 by unknown but its great!! 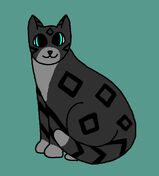 im in here! by echopaw/heart! 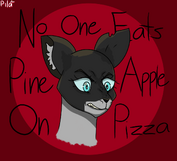 by Pilot!
Community content is available under CC-BY-SA unless otherwise noted.
Advertisement