Note from Turtlepaw: I’m currently redoing this page- if it looks weird right now, that’s why.

Pinestripe! The best mentor ever!

I’m still an apprentice, so I don’t have one 😛

I never thought about it tbh

Orange and white and gray

Green
Note: The only part of this page that I allow people besides me to edit is the ‘what people say about me’ section and the friends section- nothing else. Thank you for understanding! - Turtlepaw.

Turtlepaw’s purrsona is an orange cat with green eyes, white paws, a pale gray chest, and a white tail tip.

Personality Stuff and other information[]

So ke would feel comfortable and happy reading something like this:

Ke is a BlogClanner, and ker name is Turtlepaw. I’ve talked to kem on the tavern before. Ke was proud of kemself when ke wrote ker first article!

Se is a BlogClanner, and aer name is Turtlepaw. I’ve talked to bun on the tavern before. Mae was proud of remself when he wrote xyr first article!

Ot despises anybody who is homophobic, transphobic, racist, sexist, xenophobic, or generally mean to people who are different from them. Turtlepaw strongly supports LGBTQ+ rights, and believes in equality for all genders.

Turtlepaw loves many characters in Warriors. Sear absolute favorite is Turtle Tail, because she is kindhearted and brave.

Bun is a huge fan of the musical Hamilton. Tey used to despise it, but on March 5th, 2021, ae changed aer mind.

7. Yorktown (The World Turned Upside Down)

Turtlepaw is extremely active on BlogClan. Mair favorite things to do on the Blog is writing articles. Je has written several, and ae has many more ideas!

Their favorite pages on the Blog include the Name Generators page, the Polls page, the Fanfic Organization page, and the Tavern.

Sae used to love BlogChat, but it started stressing mim out after a while, so se avoids it now.

Eventually, mae decided that mae was only going to keep Light And Dark- the others were stressing rem out.

Turtlepaw’s mentor on BlogClan is Pinestripe. He is glad to be Pine’s apprentice, and re was very surprised and happy when she asked tem if bun wanted to be her apprentice.

Turtlepaw joined BlogClan on February 1st, 2020. Ter first comment was on Blossomfire’s article about the White x Ash theory being inaccurate. You can look at their first comment if you like, just please be aware that it’s a bit cringey.

Turtlepaw’s family doesn’t know anything about BlogClan. Sae intends to keep it that way, because ke is worried that if ots family knew about the Blog, xe would be in trouble, and je doesn’t want that.

He is very glad that se joined BlogClan. Re has made some amazing friends, and they feel like they have truly grown as a person since joining BlogClan.

Friends (feel free to add yourself.)

What people say about me[]

"You're a wonderful friend and I'm so glad you're my apprentice!" -Pinestripe

"Turtle, just keep being you, because you are a fantastic friend and are so kind to me and everyone around you!" -Panthie

"Turtle,you're a wonderful cat. I enjoy talking to you on the blog" -Poppypaw

"Turtle is really great to talk to, and their memory is amazing!!" - Driftingpaw

”turtle is just turtle and turtle is turtle so THEY ARE AWESOME, j don’t make any sense lol 😆”-Kestry the great(kestrelfeather)

"Turtle is just an awesome person in general! They are always friendly and they know how to cheer others up, and it warms my heart when I talk to them! <3 - Dovee

Turtle is so awesome and friendly, I'm so glad I met them! They're caring and thoughtful, just what BlogClan needs. Stay amazing Turtle! <3 ~ Coldie

"Turtle, you're one of the best and nicest people out there!! Keep being Amazing!!- Smokey <33

• Turtlepaw used to despise the musical Hamilton, but now they adore it. 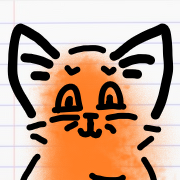 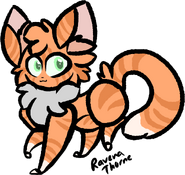 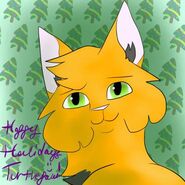 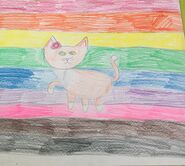 By Lilykit/fox
Community content is available under CC-BY-SA unless otherwise noted.
Advertisement