Snowy; Ms. Breeze and Snow-Snow (given by Spidey); Sockman; basic bagel (this one said by Darkie once but I'm putting it here); (Old) FishKaren; Grandma Nora

stunning light blue
Snowbreeze is a slender dark gray she-cat with a very light cream chest and tail-tip, stunning pale blue eyes, and a small scar on her throat. She has darker gray freckles on her cheeks and bridge of her nose, darker gray toe-tips, a wispy-like tail, and a black nose. She has a slightly narrow head, skinny wrists, and small paws. Her eyes appear more green when next to green things, and then back to blue elsewhere.

Idiosyncrasies: She has one lone freckle on the left side of her middle toe on her right front paw, nearing the pad instead of tips (A bit to the right of the middle knuckle on human fingers if you get my drift :P ), and her left hind paw’s middle toe is shorter than usual. Her left eyelid has a freckle in the center (both of these are near her eyelashes, it just seems in the center when her eyes are open), and a smaller one to the left.

Despite being part Turkish Angora, she is a shorthair, and has regular ears instead of big ones. Even though her tail is wispy, it is not fluffy nor does it possess huge, long fur.

(If you have her with bangs, they would be a slight tuft and side-swept, usually to the left (your right) ^^)

(This page is in the process of being updated from my April Fools' version :P )

Ahem apologies but Snowy forgot to add that she is literally the most awesome, sweet, bubbly, patient, helpful and kind person in the world. If you searched up the definition of amazing, it would say Snowbreeze. <3 ~ Coldie

Snowbreeze joined the Blog on October 20th, 2016! She goes to the Tavern and checks The Hug Page, is a part of Name that Apprentice, and sometimes likes to go to the Discussion Pages and the Poll page. She also checks out the Fan Name Generator and the Warriors Names page, various games on the Game Page, and the Art Page (she also very much likes Happy Mail posts). She's taken over the Recent Purrs at least once on the Tavern.

In June 2021, as a part of the BlogClan Gathering, she was on the team of Omnipotent Orcas, and enjoyed playing the games and having rap battles with the other contestants. She has attended many Gatherings on the Blog's Discord, being a part of the teams Shivering Snowdrops, Sweetpea Swans, Fairytale Faes, and Forest Finches. Also on the Blog's Discord, she has participated in voice chats, karaoke parties, and generally hanging out with everybody and chatting.

In Trailing Stars, she has appeared in Chapter Twenty-six, where along with Iceflower and Swanfeather, go on kit patrol and sleep curled up by said kittens. She has not written a chapter. On August 8th, 2019, she became medicine cat apprentice to Iceflower and served until July 14th, 2021!

A bit confused as to what is the Hazelpage. What is it.

"I listened Petteri Punkaunono . . . he's not bad! Or it's not bad. Gosh I am ghieghw confused" - Me trying to explain this guy's music to Swan on Discord

"MY THROAT IS AIR WHERE THROAT SHOULD BE" - Is Spidey a good doctor?

"Shhot for the stars

FINALLY" - While in the Wiki's Live Chat

"Creppy" - Her obviously more perfect version of the word "creepy"

"Holy holes" - An expression of astound-ment

"Bwsiedes Snowy color which is the color of the Snowuy" - Apparently she's a color?

"BANATY BLUE SAPPJHERE" - A ring option that Fawny would give me, as described by me

"DiD yOu SAY sOMEthING?" - Queen Ariana

"I CAN TOO SPEELL" - Snowy, claiming she can spell (Sorry not sorry, Snowy ;D - Appy)

"I'M CLOSED MY EYES" - I think this works without context

”The truth is, Ms. Johnson, that CDs are for suckers” - a scam call document that Snakie found

yes I know how to word what are you talking about 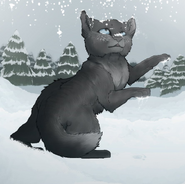 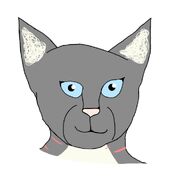 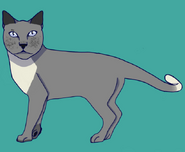 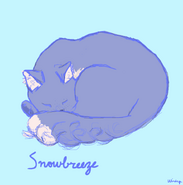 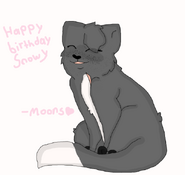 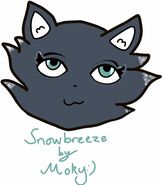 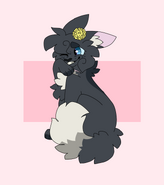 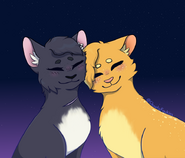 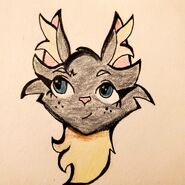 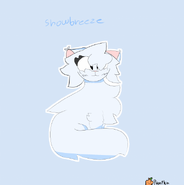 By Halfpaw for the 2020 Holiday Gift Exchange! 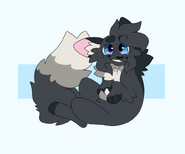 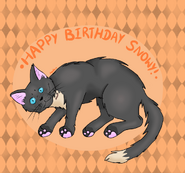 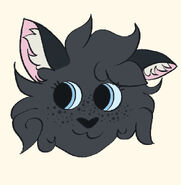 Art by Darkwing; assembled by Viperfrost 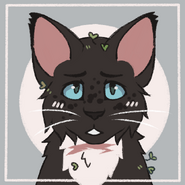 By Picrew (Yep, I figured I might as well - it was actually kinda fun! :P ) 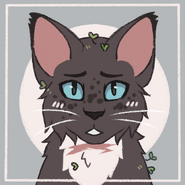 A varient! I like the eyes better on this one :P 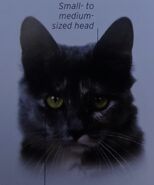 A pretty good real-life cat that comes somewhat close-ish to my fursona. Not to be used as a big reference but I thought I'd add it anyway because I'm weird like that :P (It's a Turkish Angora :P)

Another attempt at me trying to find a realistic photo (I actually quite like this one). :P

This is Blackie, helping Snowbreeze find a fursona pic (Ahaha thank you Blackie!)

Hearthis.at account for singing - Frosted Chimes! I'll post whenever I get the chance to record something :P https://hearthis.at/frosted-chimes/

I have an Amnio account: I'm 'Snowbreeze' (@Snowbreeze_22), and I'm also on the Wings of Fire and Equestria one! https://aminoapps.com/c/warriors/page/user/snowbreeze/vENv_rBt2f0MkzWNBqkPDgw5WNvRvrEoe

I also have a BlogClan account. Find me there as ButterIsGud1000 (just kidding :P )