Start a Wiki
Sandpaw is a fluffy, white she-cat with (dilute) blue and cream markings on her body. Her eyes are lime-ish green, and has a bobtail.

Sandpaw considers herself active on the blog. She comments there everyday, mostly on the Tavern and the Games page, playing other's games. She hosts three games on the games page, a shipping game, a NTA and a choose-your-own-story game.

Sandpaw used to be more active on the wiki a few months ago. She still visits it every day, but not as much. She actively updates her purrsona page and comments on threads.

She likes to welcome new members, and could always help!

She also can code on the wiki. Ask her to code your page! (Or one of the other awesome people on coding teaching)

Please add yourself! Or I'll be sad :P

Sandpaw has a VERY complex personality.

In real life, she is sweet, kind and caring. She is a tomboy and dislikes dresses and girly stuff. She is nervous of talking to new people, even tho she's very talkative, afraid of being lashed out, but is fairly nice. She hates bullies, and she may be grumpy when mad. People always think she's weird and avoid her. She is sometimes (very) rude, and selfish, which she doesn't realize sometimes. Also, she has a lack of concentration and is terrible at multitasking.

On BlogClan, she is confident, and very friendly. She loves to chat with new members and isn't nervous at all.

add anything, about anything

"YEET THE WHEAT INTO THE BEETS ACROSS THE STREET BESIDE THE MEATS THERE ARE PEOPLE TO MEET WATCH GAMERS CHEAT LOOK AT A 'KEET PLANT SOME SEEDS STAND ON YOUR FEET GET IN YOUR SEAT AND THEN DELETE" -Shadow, in the banning game

My mum: Have peanut butter

My bro: ew no thanks" -My mum and my bro

"Stalking is very bad. It is against the law." - Me when my brother Villagerkit points out a person doing something.

"STUPID AUTOCORRECT" - Me about autocorrect

"gaspie" - A word I use describing dramatic situations

"How dare you insult potatoes, you hecking tomoto!" - Potato Bot, a discord bot on the PotatoClan discord

"what the hay" -My way of saying what the heck

AW MAN" -Me and my friends singing Revenge

"Someone: *wears seatbeat the wrong way on bus*

Teacher: Put it back on.

Someone: *puts on seatbelt properly*

Someone else: *puts on seatbelt wrong*

Teacher: Are you the seatbelt police?" -Weird boys in the bus

-Me singing Into the Unknown from Frozen 2

UwU" -an uwu chain with my friends on discord

Cats that could have been a purrsona

By Boaty, by lil bro 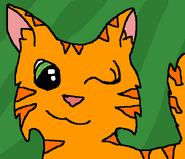 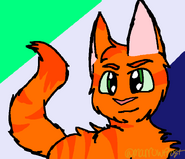 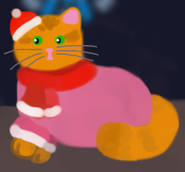 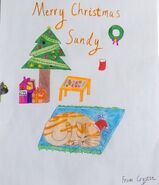 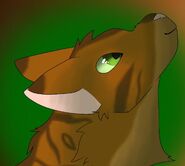 By Flighty!
Add a photo to this gallery 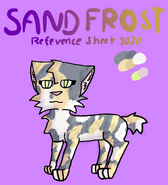 Reference sheet my me 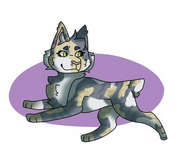 By one of my friends ^^
Add a photo to this gallery

Retrieved from "https://blogclan-2.fandom.com/wiki/Sandpaw/frost?oldid=326346"
Community content is available under CC-BY-SA unless otherwise noted.