Amber
Redblaze is a large, reddish ginger tabby she cat with amber eyes. She joined BlogClan in September 2019 but was inactive for a while before coming back. She has now been on BlogClan for nearly 2 years and was the apprentice of the one and only Mapledrift!!

She now has an apprentice- Nightpaw/wish!!!

Redblaze is an ambivert but definitely more introverted than extroverted. She is a Hufflepuff and so is loyal to her friends and dedicated. She is often quite quiet but likes to talk with friends and family. She likes to imagine things and sometimes gets told off for daydreaming during lessons. She has.. self confidence problems but does try her best even if that's not very good.

She doesn't really like at making decisions and procrastinates on things such as writing. However, she thinks she's quite empathetic and hates discrimination or injustice of any kind. She tends to zone out when thinking which makes the majority of the population think she's very weird. She'll be reading at least five books at any given time as she tends to just read a few pages of a book one day and then a few pages of another if she gets bored.

She has a very good memory and will often remember completely random facts that she's picked up from who knows where. This makes her very good at quizzes and she gets lots of the answers right when watching quiz shows. However she tends not to remember the practical things like her mask or geography homework..... (she has been in trouble for forgetting homework even when she has actually always done it, just left it at home).

She is a stickler for grammar and the like and has alphabetically ordered all the books in her room (is that weird?)

She has just realised that this turned from a summary to a complete personality analysis :P

I did some personality tests!

On this one I got Mediator (INFP)

On this one I got INFJ

On this one I got INFP again

She thinks she is probably an INFJ-T

I also took this alignment test and I am Neutral Good

My Enneagram type is 6

Whovian alert (my current one and, for those who don't know, a whovian is a Doctor Who fan)

HELLO THIS IS YOUR LOCAL ASHIE INVADING SIGGE HISTORY :3

Redblaze isn't usually on the biggest pages like the tavern but prefers going on game pages and discussion pages. She likes reading articles and most of her comments are on article pages. Her first article came out in July. She is most active on The Hazelpage, Tavern and art page as well as on the BlogClan discord.

How I discovered BlogClan and Warriors[]

It was actually meant for my sister! My grandparents sometimes get us books and I can't remember what I got but my sister got the first warriors book. I liked cats so I was interested. I read the blurb then the first page or so and was absolutely hooked! I got all of them and read them and loved them. Anyway, I had a period of kind of forgetting about them but my passion was awakened by Aquila (Eagleflight) because of one PE lesson where the teacher didn't care whether we did sport or not. Well, we talked and talked about it and I realised I still loved it. So I read a vision of shadows and loved it still. Then, Aquila told me she'd found a good website called BlogClan and after a lot of pestering (and maybe some sneaky looking it up during DT lessons) she convinced me to join and the rest is history!

I'm on a lot of other websites and here are some of my names on them!

Feel free to yeet yourself in here.

Keeko, who is confused because fox thought fox was on this list already. (Hai Red!)

Lord of the Rings!

The Talon saga! (look it up)

Did I mention Doctor Who?

And more stuff I can't be bothered to remember!

If I (or someone else) draws something

I will put it here!! 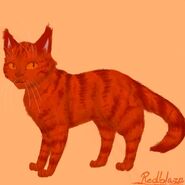 Me by the local hero (in art) Lupinetail (I think) 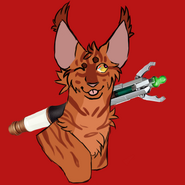 Me by the Magnificent Mapledrift for the 2020 gift exchange!!

Me by the Legendary Larkfeather 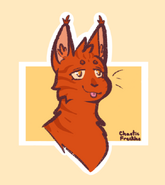 Me by the Fantabulous Fawnspots (Fawny)! 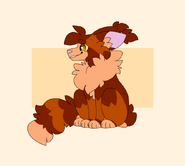 Me by the Deadly Darkie!! (Get it like deadly with a pen)

Me by the Incredible Icepaw/pelt!

Me by the Amazing Aquila! 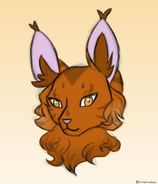 A very glamourous me by the Mystical Moonbreeze

Me by the Rad Riverfrost

Me by the Brilliant Bramblefire! 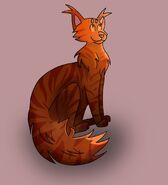 Me by the incredible Ospreymist!! 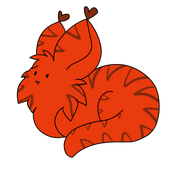 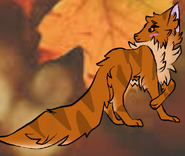 Me by the Super Shadowcloud! (Clo)

Me by the Revolutionary (in art) Rainsong 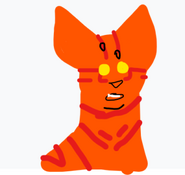 A cursed me by the marvellous Mapledrift 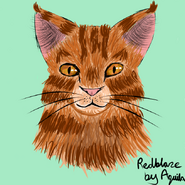 Me by the Awesome Aquila!!

A redesign of my purrsona based off of the song Destroyer by Of Monsters and Men by Darkie!! 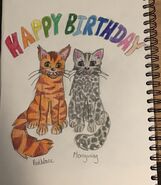 Me and my sister Mercywing by Aquila for our birthday! 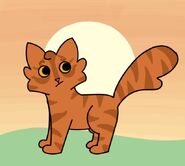 Me by the Fantastic Falling Feather!! Thank you it's awesome!

Me by the cool (see what I did there ;) (Yes, I see that very clever thing you did there. I love it!)) Coldheart

Me by the Kool Kestry (I have no idea aaaah)

Me by the dangerous Dovepaw/stream 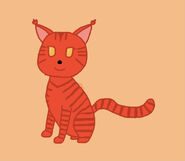 Me by the (insert word beginning with n here) Nilla!!

Me by the Magical Maplekit 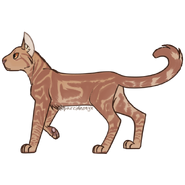 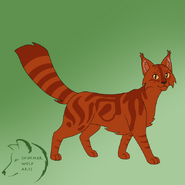 Me made on an avatar maker 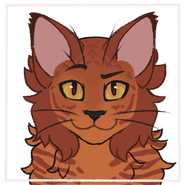 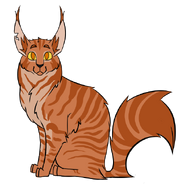 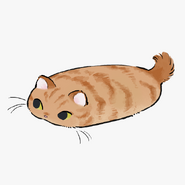 Screams because look there's more of my terrible art (you mean screams with joy because it's so good, Redblaze -Aquila)

A headshot of me drawn badly by myself

Me by my Secret Pumpkin!! (I suspect Coldheart?) 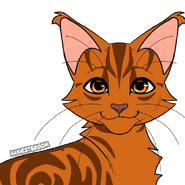 Me on Picrew again!! 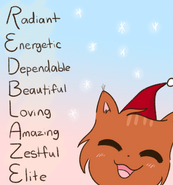 Art of my Other Characters[]

Blacktip by Larkfeather from an in-progress fanfic 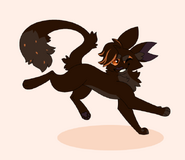 Tallspark by Darkwing from the Clans of the North RP 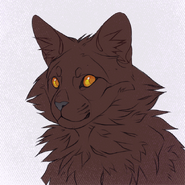 My first OC! A tom named Eagleheart and then, later on, Eaglestrike. Made on picrew 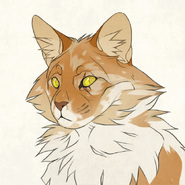 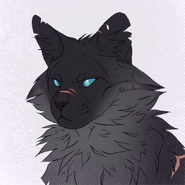 Darkstorm/star, another early OC, made on picrew 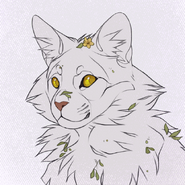 Poppypaw/heart, a character from my short fanfiction- A Tale of Battle. Made on Picrew 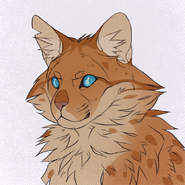 Another character from A Tale of Battle- Firesong. Made on Picrew 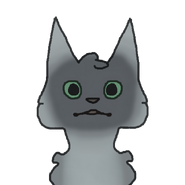 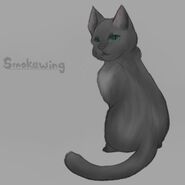