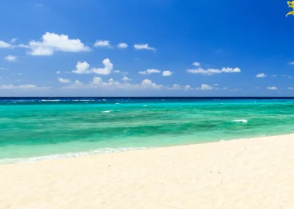 Here's a challenge for you!

Five cats have gone missing from the adoption center.

Rumor says that they've been roaming around the streets somewhere around here.

They're hiding, but the pet shop needs to find them before they starve.

Can you find them? Look carefully!

Hello, readers! I'm Phoenix, a young warrior of BlogClan, and you are most certainly welcome here <3 If you're new, welcome to the Blog! If not, welcome to my page! I hope that I can one day talk to you as one of my closest friends, and that one day, we can talk about our Warrior Cats stuff together and share our opinions freely. Yes, I know my name's Phoenix, but you can call me Gray Crayon, Gray, Grayster, or Graysteroni, although I prefer Gray and Grayster the most <3

On BlogClan, I sign my name with Phoenix, although most people call me Night on fandom. My fandom username is Nightshadow152391TheNightDragon. I sincerely apologize for the long name that will surely exercise your fingers if you tag me in the comments, but 🐈 note that I created this name long ago, based on my Wings of Fire persona, Nightshadow. The current background coding gives all credit to Eggsnake! Also, thank you, Hollipop, for coding the former background of this page!

Phoenix is a small, slender, well-muscled, lithe, blazing orange she-cat with soft, dappled golden patches like gentle morning sunshine, a long, thick, and sleek tail, and thick, soft, smooth, sleek, and short fur. She has bright, vivid, warm, deep, clear, blazing amber eyes tinted with soft golden and reflecting the shine of the afternoon sunlight 🐈, as well as a white chest and small white paws the pristine of snow, a muzzle and ears that fade into a darker scarlet, a muzzle that narrows towards her face, and a soft blend of golden on her tail. She wears a fiery orange wildflower with a golden-yellow center and scarlet tips behind her right ear, to disguise an embarrassing scar from her first battle as an apprentice.

Phoenix is considerate, friendly, intelligent, thoughtful, and calm, with a curious, strong-willed, and teasing side to her personality. However, some situations trigger the emotional side of her, where she can become bossy, snappy, scathing-tongued, hypocritical, insecure, impatient, procrastinating, and narrow-minded. In real life, she is often viewed as intelligent, semantic, kind, and thoughtful, though can be annoying, pessimistic, and extremely sensitive.

Feel free to add yourself here! Anyone is a friend <3

Sunny who loves your page!

💚What People Say About Me💚

Write whatever you think about me here! It's okay to give constructive criticism, which may help me become a better person here :D So... what do ya'll think about me?

Hello! Although my name is Phoenix, my pen name is Sunset Lightning, and in more formal situations, it's Sunset Silenzia. I have created a video and handwritten-page series called "Random Three Things," where I talk about three random things in my family's household. This series currently has three episodes/handpages, although none of this has been posted anywhere.

I have a Warriors fanfiction series called A Warrior's Adventure, which has two story arcs, The Six Storms and A Path in the Mist. The main protagonists are a dedicated and intelligent medicine cat named Moonspirit, a resolute and honorable warrior named Hazelwood, a feisty and 🐈 headstrong warrior named Wolftail, and my former main OC, Mistheart, a passionate and stubborn young warrior. This series takes place in the hunting grounds of my fanmade Clan, SplashClan.

I also have a trilogy series called Darkened Hearts, which has three books: Beyond, Shadow, and Flame. The main protagonists are Copper, Dasher (renamed Phoenix), and Sunset. I also have a solo book, Fire and Ice, which is a retelling of the last two arcs of Wings of Fire in the perspective of Alba, the IceWing in the Copper Winglet of Jade Mountain Academy.

Most of these stories can be found on my Wattpad account, @Nightshadow152391. You may also notice that this was once the page of Mistheart, my former main OC. I have created an entire arc dedicated to her in my A Path in the Mist series, and I am not going to stop my progress on that series. However, I will be starting to think about writing a separate storyline for my current OC, Phoenix.

Due to the fact that one of my main protagonists in my Darkened Hearts trilogy, Dasher, has been renamed Phoenix, my current main OC backstory will likely be written in his book. I have already planned out what to write in his backstory, although it is noted that Dasher/Phoenix was created before I changed my name, and he goes by he/him throughout his books. This does not change the fact that I still go by she/her, although I do tolerate all pronouns apart from he/him and it/its.

Add whatever drawing of me here <3

Did you find the five cats? :D