Owlnose is a clever, mature, laid-back, quirky and reserved cat who takes their work seriously, obeys rules without question and

does what they are asked without complaining.

Hoot tries their best to be kind, but they think that they aren’t doing good enough. (That's not true! Ruffles is one of the most kindest people I know! <3) (Thanks, whoever said that! <3 - Rufflecloud) They are quite humble and honest to other people though. Their sense of humour is dry, which means that they say something amusing without any emotion.

They likes to think herself as an introvert, but they might be an ambivert. They are mostly quiet and only says something when someone else wants to talk to them or they have something to say. Owlnose is also optimistic and content.

Owlnose appears in the Blogclan story project as Sundrift, one of her older Purrsonas in Chapter Twenty-Four, written by Cheetahspark. In the chapter, Sundrift tells her troubled clanmates to calm down and listen to Cakestar as the Blogclan Leader calls for a Clan Meeting.

Hoot is briefly mentioned for a third time in Chapter Twenty-Six (Written by Kat) under the name Plumeflake when she is seen returning to the Blogclan camp with Viperfrost and Rainshine after picking flowers to decorate the Camp with.

Owlnose has a lot of friends on the Blog and the Wiki. some of their friends include: (Edit in a name and/or a link to your page, if you want!)

Say what you think of and like about Owlnose (me), if you want!

(NOTE: Just to avoid confusion, past compliments may mention Owlnose by her old Blogclan names, Plumeflake AKA 'Plume' & Rufflecloud AKA 'Ruffles'.)

Characters that could've been a Purrsona[] 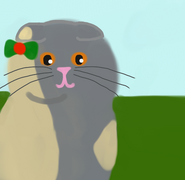 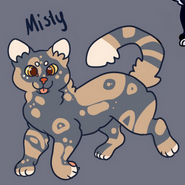 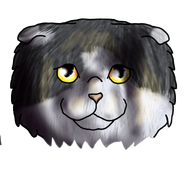 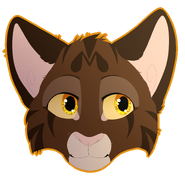 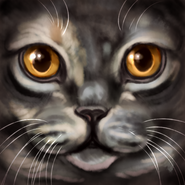 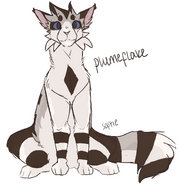