Lone is a dark silver blue Nebelung-long haired version of the Russion Blue basically-Her eyes are a rich, glowing green.

Color: blue-grey with hints of silver

Legs: Slender, higher in the back.

She is a proud INFP-A, with Ennegram 4w5 (but shes possibly 4w8), and a Cancer (with Virgo moon and Aries rising). Loneheart is generally bubbly and compassionate, but don't mistake her for a pushover-she holds strong opinions some of which she can be stubborn about expressing, and she is extremely decisive about what she wants. A deep thinker by nature, being funny and charming doesn't come naturally to her, but she does have her moments of brilliance, so she might just surprise you with a witty comment here and there 😉 Lone is unmistakably herself, and carries with her attitudes and eccentricities that are Loneheart ™, so you'll probably never mistake her for any other cat on BlogClan!

.Silverblood is a feral cat advocate, and big on ending feline overpopulation and euthanasia. Feral cats deserve to live in their natural habitat-outdoors.

.Heck yeah, this girl is a feminist! She LOATHS stereotypes associated with women. (Hint: DO NOT use womanizing terms in her presence, (ie: chic babe damsel bay.))

.She wants people to understand that having Autism or any other disability DOES NOT, and she means DOES NOT, make you dumb.

.She's whole-heartedly against Public Schools. The Board of Education does not teach social skills or encourage people to become business owners.

.She believes talent is worthless. People should be admired because of their kind personalities, not because of how well they can sing, draw, or write.

.She strongly advocates against liking characters because of development or by how physically attractive they are.

I'm in the following fandoms-

.Warriors (formerly-apart from BlogClan. It's been a long time, and I've moved on from Warriors. It'll always hold a place in my heart though <3)

.Dragons in Our Midst

.How to Train Your Dragon

.Pokemon (though I've only watched the TV-Show lol)

.A Series of Unfortunate Events

.My Hero Acadamia (formerly-the MHA fandom is NOT healthy lol)

.Her favorite foods are-Pasta or noodles-particularly Alfredo Pasta, and Pad Tai. She love pasta so much in fact, that she's been called the Pasta Queen.

.Her favorite HunterXHunter characters are Gon (Gon before/superior to Killua you won't change my mind), Killua, and Kurapika.

.Her favorite My Hero Academia characters are Deku, and Todoroki

.Her favorite Jujutsu Kaisen characters are Itadori and Sakuna

.Her favorite Promised Neverland character, and her favorite anime character of all time is Norman.

.Her favorite Tokoyo Ghoul character is of course, Kaneki

.She is a Slytherclaw (Ravenclaw + Slytherin). Her patronis is an eagle owl.

.She was first diagnosed with Aspergers Syndrome when she turned 13. At first, she felt devastated, but then realized she had a chance to prove that Autistic people can be powerful.

.She cannot describe how much she hates the stereotypes attributed to women.

.To her, ignorance, apathy, and hypocrisy, are the greatest problems facing America.

.She digs space quotes, astrophysical theories, and the idea of extraterrestrial lifeforms.

.The idea of opposites fascinates her.

.She loves Googology (the study of big numbers).

.Over the course of her lifetime, she's owned 17 cats and 27 kittens. That’s 44 cats all together.

.She dabbles in singing, playing the piano, and voice-acting (at home, of course), but has no dreams of stardom.

.She currently have cats three cats and fifteen kittens-Via, her grown kittens, Bunette and Cinder, Bunettes, six kittens, and Via has had another litter.

,She plans to make an income for herself using a Blog and a YouTube channel.

.She plans to become a published author, and has seven different novels in the works.

.She would like to join the International UFO Congress, or start her own organization or club devoted to the possibility of E.B.E's.

.She's Homeschooled and proud of it.

.Her theme songs are Buy the Stars (Marina & The Diamonds) & Running with The Wolves (Aurora)

.She is obsessed with anime, and has a bad habit of falling in love with whatever anime shes watching.

.She eats Blue Velociraptors for lunch ;)

Yes, she has A.S.D, or Autistic Spectrum Disorder. Now, if you'll bear with her, she'd like to do some myth busting-

Asperger's Syndrome shows itself in her in these ways-

2.Occasionally, she'll have trouble picking up on concepts, or only pick up their surface meaning.

3.Though she's of highschool, she's been mistaken for an Apprentice. She knows why. People with Autism focus on surroundings, or ideas and not people. This can give off the impression that they are self-centered or Psychopathic when they're not.

4.People with Asperger's Syndrome don't care about what's popular and have differing interests from other people. That goes for yours truly.

Go ahead and add yourself :)

you remind me of a nice sunset with pale blue at the top and intense orange at the bottom and shades of pink and red reflecting off the clouds. :) -willowpaw (wolli)

”You are a wonderful person to talk to. You’re intelligent and interesting. I love it that you fight for what’s right. Rock on!“ ~Turtlepaw/dapple

"You're like that person who... you can simultaneously relate and look up to. You're kind, generous, and funny but at the same time you're also just a normal person like everyone else- and I really admire that about you. I hope one day I can be as nice as you are!" - Ebay

"You always reply nice things to everyone's comment and say good things about them! :)" - Cindy

Your sooo nice and one of the greatest people to talk to for uplifting messages and nice comments. Thank you for being your awesome, amazing, wonderful self! ~ Coldie

You're super funny and smart and I love to talk about different opinions with you!! And really considerate, I remember seeing super long responses from you on the Hug Page and thinking how thoughtful it was! - falling feather :)

You are so nice and amazing, Silvy! I love you and your interesting food combos and you are so kind with all of your positive comments! The Blog is lucky to have you. ~Daze :3

My baby, my joy, my Bunette

Bunette being her precious self 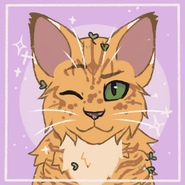 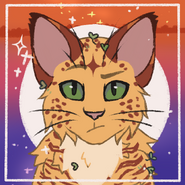 One of my older Purrsona's drawn by the spectacular Maplekit! 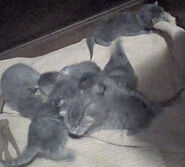 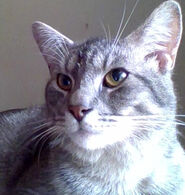 My microwave boi, and papi to the kittens 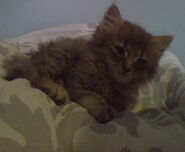 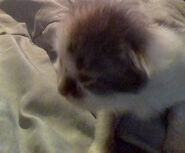 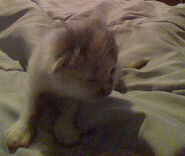 Tortoishell and a seal black boi 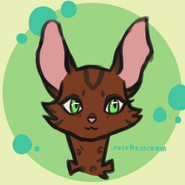 Rosettestream, and older purrsona of mine drawn by the lovely Moonbreeze
Community content is available under CC-BY-SA unless otherwise noted.
Advertisement