Violet
Jasminebreeze is a tall white cat with a cream muzzle, and legs, white paws, and cream rings on their tail. Their eyes are really blue, but depending on how the light hits them they seem violet. They have long, soft fur and a bushy, squirrel-like tail. Current Name - Jasminepaw/breeze Nicknames - Jasmine, Jazzy, Jas, Ja, Jaja if you want Old names - Lilysong, Robinfeather, Robinbriar, Robindawn, and Brookskies

Jasminepaw is usually found on the Tavern, Games page, Fanfiction Page, and Warrior Names page. They usually play games, not hosts them, becase it is hard for them to keep up with it. On the Fanfiction Page, they have a fanfic, Darkened Dusk, and loves to write poems. They're running for SW, too!

Jasminepaw loves to write, as according to their ELA class and teacher they are very good a it. They're planning on restarting Midnight, an old BlogFic, but they will when they have the motivation.

>They are on many Roleplays, and is apart of the Main, Frosty's AU, Anarchy, and the two they made, Shapeshifters and the Solar Tribe.

The cats they can remember are...

Cloud of the Tribe

Their account is Brook That Reflects Blue Skies, beacuse they changed it when they changed their name to Brookskies.

Jasminepaw is a bubbly, cheerful person who loves to brightens peoples days. They can be stubborn or annoying some(most)times, but they love anyone and everyone. They loves to tell puns ,jokes, and play off their pick up lines. They are very kind, and if anyone tries to apologize to them it is automatically fine before you even ask them. If they accidentally offend you, don't be afraid to ask then openly, something like "You offended me when you said [what they said]." And they'll end up going bazerk sorry.

When i was robbie i was randomly shipped with win but i can't think of a ship name for that now so :P

They were shipped with Maple once (thanks Cheetah :P)

Flazz (Flighty just added that, but I was hopping to ship!)

"I ALMOST MADE A SALT CHOKE!" Autocorrect killing Jas on Discord

"I NEED TO SHOE MY MOM" Jas on Discord

Enter you favorite phrase I said!

" Now I'm thinking of "Robin With Flying Briars" and imagining a bunch of flying briars attacking someone :P" ~Frosty 2K17 when I told him I was changing my warrior name to Robinbriar

What others say about me![]

Add whatever you think about me, Jasminebreeze! Don't forget to add your name!

"Jazzy is the jazziest jazzer, a super duper uper friend, and a great bean.” ~Roseie

"Rose covered everything I was going to say :P." ~Lilypaw

Jazzy is a wonderful person, who knows more about Harry Potter than anyone I know! They're jazzier than jazz, and are an amazing writer, and an even better friend. ~ Iris

- They used to be lawfully married to Raven

- When they were a baby they got covered in three things. Lipstick, nesquick, and maple syrup

- They own seven cat ears

- They are bad at spelling

- They love any song by Sleeping at Last

- They tried to make slime and failed multiple times

- Their favorite school subject is science and math

- They have a rep at school for being 'Mean-ish'

-Has a NEW rep at school for loving dinosaurs???

I will ask to add or add pictures to the gallery, if you want a picture here ask me first!

Raven (left) and Cloudy (right), father and mother of Eclipse and Black Bird of THE TESTS

Real me VS Blogclan me 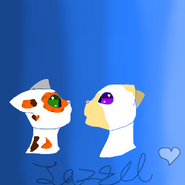 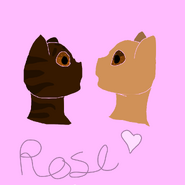 The rest should be fursona requests (without lines :3 ) 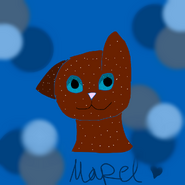 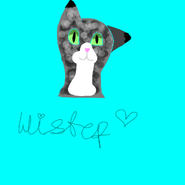 This is actually the first one I did so :P FR 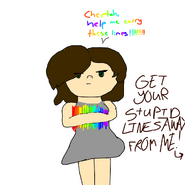 Not an FR but me drawing Cheetah's annoyance of lines 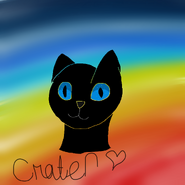 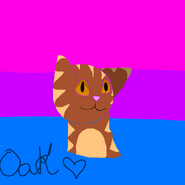 Oak with a bi flag FR 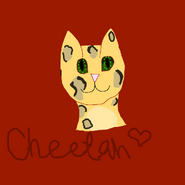 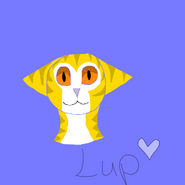