Flamecloud is a white she cat with dark ginger tabby patches and bright green eyes. She lives on Earth, with her parents, brother, and kitty cats. Hmm… what's next...

N/A, but my pokemon trainer is Pineblossom

I am 16 and a Sophomore in High school, living somewhere in the United states of America, Earth, the Milkyway galaxy, the Universe. I am a Hufflepuff, a nerd, an Advocate (INFJ-T), and a little bit odd sometimes.

When I grow up I would like to do something with science! I love most types of science, from genetics to chemistry, unless it involves cutting up dead animals.

I also consider myself an ally of the LGBTQ+ community :)

Me, drawn by me

Me with ally flag for pride month, by me

me by Aquila :D 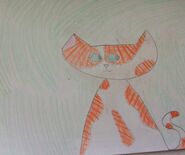 Me, drawn by turtle! 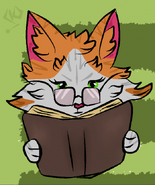 me by Aquila :D 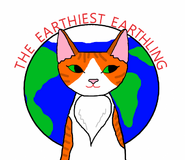 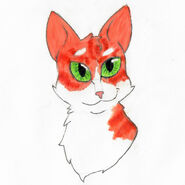 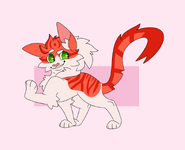 Show/Hide Gallery
I love to read. A lot. Here are some books I enjoy:

There seems to be a misconception going around, that I, Flamecloud, may not be an Earthling.

I can assure you, you have never met an Earthier Earthling. I love it here on earth.

I am a devoted eater of food.

Besides mac and cheese, there are many other foods I love. Those include:

The annoying list (is very long so I'll just put the top few):

I have two kitties, Mimi and Cecilia. I love them very much. They are sisters, and are about 3 years old. 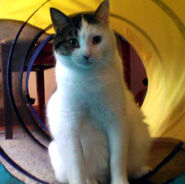 I consider myself decent at drawing cats, semi decent at drawing chubby goats, and very bad at drawing humans. I also draw horses and dogs. I've taken down most of the gallery, because it's in serious need of an update, but alas I don't have very many pictures of my art on this computer :[

(I'm so sorry Flame I'm ruining your page but you really need to change that to 'Incredible at drawing cats and goats and EVERY OTHER ANIMAL IN THE UNIVERSE YOU ARE AMAZING AT IT FLAME. ~Ttera)  (awww thanks~Flame)

Fergus in a raincoat 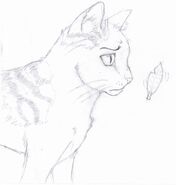 Add yourself if you want :)

i wasn't here before somehow but hi its blackie (blackpaw/shade)

Redblaze should've been here sooner (a nosey Aquila: but you are! Now you’re there twice :P)(Flame is amused :P )

Sandy who is really really late adding her name :c