Aquila, Eagie (by Blackie), Aquilala (by Falling Feather), Aquilaaaaaaa (by a lot of people!), Eagle

Eaglepaw’s purrsona is a golden tabby she-cat with emerald-green eyes and a white chest. She joined BlogClan on the 3rd of September 2019 and made her wiki account on the 15th of December 2019. She likes maths and dates as you can probably tell and statistics are probably her favourite type of maths, aside from Suduko puzzles which she absolutely loves!

Aquila is an ENTJ-T (Turbulent Commander)[12/06/20: I just took a personality test and it gave me that!] and her alignment is True Neutral. She has two sides of herself, the one she uses with people she doesn’t know, and the one she uses with people that she does. She has an extremely loud voice which makes her seem confident but she really isn’t. She is awkward and sensible around people she doesn’t know, but extremely loud and crazy with people that she does know. She absolutely hates hurting the feelings of the people she likes and is rather pliable to their wishes, which can lead to her doing things that she doesn’t want to. She is a complete perfectionist and has a habit of forgetting important stuff and remembering useless details.

Aquila considers everyone as her friend, so if you want to you can add yourself below. She won’t be offended if you don’t put yourself on there. (This is probably going to look really sad!)

the mighty Shadowoof will beat you with her potato army. resistance is futile

Sunfur wonders how she got all her friends so quickly :P

Lightstep who is excited for his dark materials

Blueheart (Why the heck didn't I do this sooner what)

Siggies, or signatures, sadly no longer exist on the blog but here is some of Aquila’s from when they did.

Look with your heart

Here Aquila will add pictures of her purrsona once she has got permission from the people who drew them. 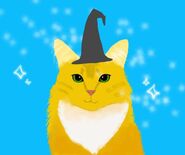 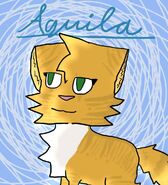 Me drawn badly by myself :P 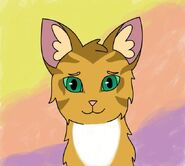 Me by Falling Feather! 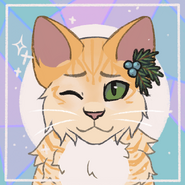 Me as part of the picrew cult!

Me as a floofy kitten by myself 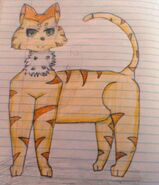 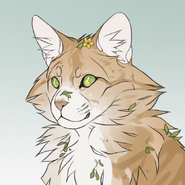 Me by Redblaze on a picrew avatar maker! 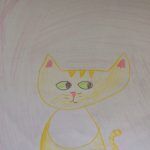 Me by Turtle for my first Clanniversary! 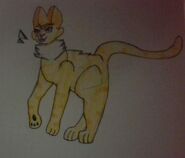 Me by Golden for my first Clanniversary!

Me by Redblaze for my 14th birthday!

Me by Dove for my 14th birthday!

Me by Moons for my 14th Birthday! 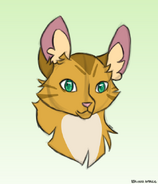 Still here? Want a contest? Just comment: hyfhtdtrs in the comments!
Retrieved from "https://blogclan-2.fandom.com/wiki/Eaglepaw/flight?oldid=355810"
Community content is available under CC-BY-SA unless otherwise noted.