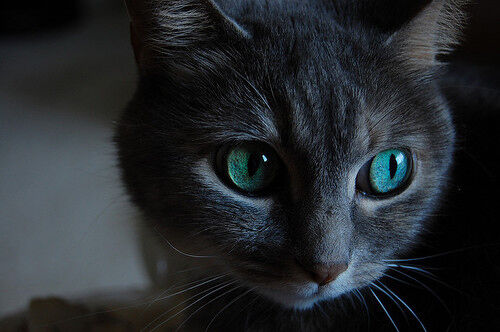 "We are gathered on this unauspicious day to discuss when on the culprit of a DarkClan apprentice's murder.", Lilystar announced on the Gathering boulder. "Dashstar?", she signaled to the black and white tom.

Dashstar paced forward. Then snarled. "Spineless cat. Fess up now. If I find out instead of you telling me, I will rip out your heart and shove them in your muzzle. Taste that badness. For Prettypaw." Smokedapple restrained herself from flinching. She felt a tail rest on her shoulder, and turned to see Clawstrike. She smiled, grateful to have a friend.

Dashstar sliced the boulder with his claws leaving an imprint. "Hmm...waiting."

"OH JUST ADMIT IT ALREADY! I BET WHOEVER YOU ARE, YOU DON'T KNOW A FATHER'S LOVE! TELL ME Already AND I'LL BURN yOUR FUR CAUSE YOU DESERVE THAT!!!" "Dashstar", Lilacheart whispered. "Calm down-"I WON'T! Prettypaw is my pride an honor and SOMECAT TOoK THAT aWaY!!!"

He heaved a few deep breaths.

"Okay, I will wait here for hours, starving, no massage, nothing. I will wait here until moonhigh. And if no one fesses up then...I will be more defeated than ever." Smokedapple couldn't bear to see him like this. She opened her mouth, but Clawstrike placed his tail over her muzzle. He shook his head sternly.

It was moonhigh now. Lilystar turned and stated primly, "Dashstar, I think the moon is well up in the sky now." The black and white leader looked up. Smokedapple half expected him to throw an angry tantrum. But he was silent. Silent as he padded out of the Gathering-place. One by one, StormClan followed him. But others stayed behind to share their suspicions with DarkClan.

Smokedapple whipped around and seethed at Clawstrike. "Why didn't you let me speak? It's better I die than-"Stop.", Clawstrike commanded. "It was not your fault. Prettypaw brought this upon herself. If anything, don't stop now."

The gray tabby she cat walked into camp, her head in the clouds. She remembered last night's dream. Should she have told Clawstrike? After all, he was helping her. And what did Whisperflight mean? Right what's wrong? How do I do that?

"StormClan", a voice whimpered. Everyone turned around. Swiftpaw stood in the center of camp. But something was wrong. His ginger flanks were trembling. "What happened, Swiftpaw", Lilacheart asked. The medicine cat apprentice sank down. "Dashstar...is d-dead.", he murmured before passing out.