On the Allegiances, she is list as a long-furred silver, ginger, and white tabby she-cat with light green eyes.

Crystie is active (well not really now :P but you can still chat with me somewhere <33), you can always find her on the Tavern, Warriors Games Page and Fan Fiction page. Her best friends are Foxy and Sandy, her mentor is Kat. She ran a Clan Builder game and another game called Name That StarClan Kit. Now, she is the deputy of SandClan, and also a member of several other secret Clans. She wrote three articles now!

Crystalshine is running for senior warrior!

How I found Warriors

My classmate, Briarpaw, was reading Warriors (Chinese version) in front of me. I asked her about it and she said it's AWESOME, so I told my mom and she bought the first series and I love it. Then my mom bought all of it! Now my bookshelf is full of Warriors lol :P

I was looking at a website (I can't remember which) and clicked "Kate's Blog". I thought it can't work in China but it did work and I LOVE it :D

How I found BlogClan Wiki

Before I joined BlogClan, I already edited things on Warriors Wiki though I didn't have an account. One day when I joined BlogClan for half a year, I clicked Frosto's name on the Blog and her Wiki page just appeared. I added myself as a friend there, and I wanted an Wiki account then. On a weekend, I created an account called "Crystalshine75" and I started to create my own page- this page. It's really hard to edit these things at first. Bluebell told me how to code pages so now I can code!

What Others Say About Me

"Crystie is super pawesome and a really good friend! She always plays my NTA and Clan Builders even when no one else does! She's also a really talented artist!!!!! 😋😊😍" -Foxy

"Crystie is awesome and a great friend! Her art and animating is too beautiful <33 Go vouch for us NOW! :D" -Sandy

"Crystie is kind and sweet, and a great friend! :D" -Bracken

"Crystie is super nice and sweet to me and our classmates in real life. She's shy, but very funny. I like her very much!" -Diamond

"Crystie is one of those people that makes me comfortable in BlogClan, kind, nice, funny, she's a friend that anyone would like!" -Flighty

"Crystie is really kind and sweet, and so easy to get along with! She's amazing 😸!" -Astie

"Crysie is COOLIO (why so cringe, Navy?)" -Navy

"Crystie is an amazing artist, a great BlogClanner, and an awesome friend! :D" -Ravey

Add yourself! <3 I'll be hurt if you saw this and did NOT add yourself :P

Crystalpaw was mentioned in Chapter 24, written by Cheetahspark, as an apprentice. She was shown to be hissing and lashing her bushy tail furiously.

Crystalpaw was also mentioned in Chapter 26, written by Kat. She was shown to be laughing with Sandpaw, Ivypaw and Bluebellpaw, as they dodged each other’s attacks, and tumbled into the peach-colored sand floor, blocking the warrior’s way. (awwww I loveeee this!!! Especially been shown with my friends <333)

awwww they're all soooo cute!!! tysm for who drew Crystie <333 ily

pssst don't look at my art they're all too cringey :P

extremely beautiful pic of Crystie by the super amazing Sandy <333

Another picture by Sandy <3 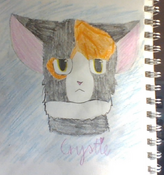 Another picture by Sandy <3 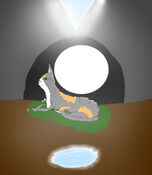 Another picture by Maple <3 (A surprise! ;D) 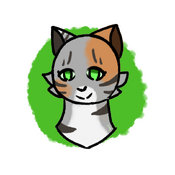 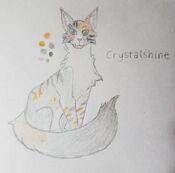 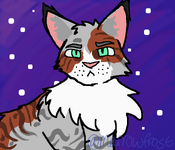 Spring Festival Crystie and Sandy by me :D 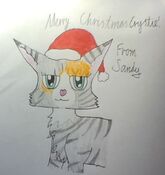 Crystie and Sandy by me :D

Crystie and Sandy by Sandy (It's the cutest painting ever)

Gallery of Other Things 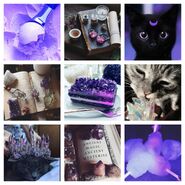 Cool collage from Foxy <3 (I miss you soooooooo much Foxy!!)

By Sandy when we are playing Minecraft together! :D

Shinie GIF made by Sandy! <3