Briarpaw joined BlogClan on November 8th, 2020. She has five articles published so far: Analyzing and Defending Leafpool and Crowfeather's Relationship, Defending Dovewing, My Opinion on Hollyleaf, Why I Hate Firestar x Spottedleaf, and Why I Hate and How I Would Rewrite Leafpool's Wish, all under the name of Briarshine.

She had been looking for a mentor, and Fallowheart offered to be her mentor sometime in March!

Nobody will be able to pinpoint her personality, 'cause it's weird.

In real life, she's a sarcastic, friendly person who has several close friends. She's rather different from the others, but she likes it. Briarpaw likes sports and is a bright and bubbly person. She often criticizes life and likes talking to herself. Buuut if anyone else says negatively about life she'll immediately spring up to say Noo we should appreciate life!!

On the Blog, however, she turns more kinder and lovelier than usual. Her opinions are fairly unpopular so she often portrays herself as rude and unlikable. But I promise you she's nice. She wants to appear as cool and funny and approachable and it's her dream to be popular.

She's really chatty in both real life and internet life, and she loves to make friends. Her voice changes when she's called by the teacher. It gets very high, and she says extremely politely, "Um, yes?"

Do you think I have quotes?

We live life by mistake, and live eighty years or more or less. To fill the time, we try our best and work hard to be happy in that time. But because we are too intent on trying for more, we have no time to actually be happy. -Briarpaw anytime she falls moody

Oh, my god. Honestly? -You can probably hear this if you stalk her

Just because I'm not good doesn't mean others aren't.

Add yourself, if you want to! If you want to consider yourself as my friend I will, too! Wha

Ivyheart! Yes yes I added it she's my real life friend the only one who accepted her warrior name

Whatever you want to say about me. You can say "I think Briarpaw is very obnoxious" and I'll take that... as a review. <insert name here> I'll track you down though mwahaha

Bri is very passionate about everything, which is awesome. It shows you she really pays attention and cares. She is always honest, and she doesn't lie to sound nicer. She is dedicated to BlogClan and tries to make it a funner (is that even a word?) place for everyone! :) ~Willa (Bri edit: Aww thanks Willa!)

HIIIII BRI it’s JuJu here! Bri is the best apprentice a mentor can ask for. She is kind, caring, and you know puts up with me :P She takes the time to read and comment on every chapter of my fanfics, writes some pretty freaking amazing fanfics herself (y’all should go read her fanfic like RIGHT NOW because it’s soooo good. Seriously. Go read it. If you don’t I will track you down and read it to you myself) She is probably my best friend on the blog, and I love our multi-paragraph conversations we have almost every day <3 I’m so happy that I randomly chose her to be my apprentice because she’s seriously the best. Ily Bri!!! <333 ~JuJu (Bri edit: Like I totally remember the day you were like "Briarpaw will you be my apprentice"! ilyt JuJu like you're the b-e-s-t. ><)

Bri says her unpopular opinions make her rude, but I do not <333 I've always admired her bravery in not giving up those beliefs, and I love a person that makes others think for themselves-Silverblood, formerly Loneheart/Twilightrose (Bri edit: Aww do you? Thanks for the compliment! Ooooh your name by the way XD)

I love Bri, she's amazing! I love how she always stands up for what she thinks, and even if she may seem rude in doing that she's actually a very kind & sweet person(and this is coming from a person who can get very argumentative and defensive over certain things too). Love you <3 - Stormi (Bri edit: Thank youuu Stormi!! Hehe I do seem rude don't I! Anyways you're amazing and I'm heck glad you're on the Blog! Ily XD)

I like Bri. She has a very interesting personality in my opinion. I wish I can be confident and social like her. I can relate to her a lot because she is Korean like me. I think she is the only Korean blogclanner I know. We have similar taste in characters only some that are different. Hey [Redacted(Real name)]! Why are you in my room! I am not doing anything! Well, see you I have to hide from my nosy little brother. (Bri - Aw thanks for saying I'm confident and social! Hmm I think there was some page back in the Warriors Name thing? About somebody being Korean. That was nearly a year ago XD)

Bri is cool, social, clever, polite, sarcastic (in a good way!), funny, talented, friendly, confident, and a bunch of other awesome things. Bri is also kind, and makes sure everyone feels included, especially by commenting on articles, and politely stating her opinions about them. Bri is also a great debater! Have I mentioned how awesome she is? Hmm, I think I have, all right, moving on to her amazing creative names (Swiftdust!!) and her wonderful fanfictions (she's a really talented writer!), and I can't forget her great coding ability, all her pages are so beautiful! (Love the colors!) ~Mounty

It can be found in Wattpad, Fanfiction.net, and the BlogClan Wiki. If any other copies are found, although they wouldn't be, on other sites, please report.

You Are My Everything is a fanfic about Jake x Nutmeg by Briarpaw. It can be found on the BlogClan Wiki. If any other copies are found, please report.

Feel free to add drawings of me!

Birthday gift from and by Fallowheart!

Real-life picture of me 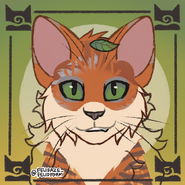 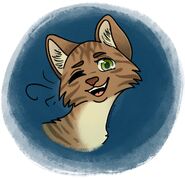 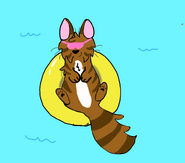 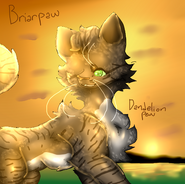 Sorrelfrost by Shimmermist! I know she's not me but I had nowhere to upload it :p 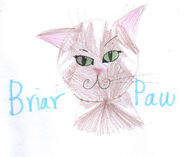 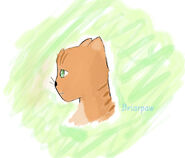 Rather lousy art by me 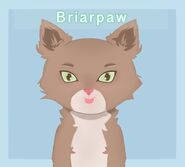 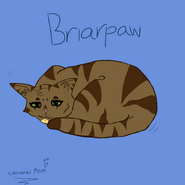 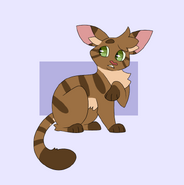 ~ Coding by Coldie!~ -Edited by Briarpaw-