hello hello there, i'm Bluebellsponge or you can call me Bluebell, Bella, Bellblue, Bell, Sponge or any other nicknames are pretty fine with me. i am a warrior on BlogClan, and when i was an apprentice my wonderful, amazing mentors were Sundance and Wint. i don't have any apprentices as of now, but that's cool with me 'cause as of now i don't want an apprentice so don't ask if you can be my apprentice because i want to be apprenticeless for a bit sorry.

and note this page may be outdated.

i’m awkward, introverted, shy, and hopefully i am friendly. i'm a huge spongebob fan. my fursona is a fluffy long-furred dark gray-blue cat, with dark blue eyes. my pronouns are they/them, he/him, and she/her.

i saw where some facts about some cats on the warriors wiki came from in some of the links and i was first introduced to BlogClan, and well actually i waited a month until i joined on January 23rd, 2017 and back then i was known as Bluebellkit. right now i'm really active on there and i use to post daily spongebob squarepants memes mainly because i ran out of ideas hahaha. i also reply to everyone's comments, mainly on the blogclan tavern, a couple of discussion pages, allegiances chat page, polls, and the introduce yourself page.

my first fanfiction ever released was the Missing Switch (ew) which was a parody of Warriors, and then after that book i wrote another fanfiction which was part of an arc called Beginning of an Era (gross) and i wrote the first book of that arc, A New Era, and then so on. Missing Switch has a sequel called Forest of Secrets of Secrets which is obviously a parody title of the Warriors book, Forest of Secrets. i haven't done these fanfics in awhile, and all my fanfics i have ever done were horrible don't look at them please.

how i joined the BlogClan Wiki

i decided to join one day on here because i saw the link on here on BlogClan's beyond the borders i think and i joined on September 3rd, 2017, and i've been active on here and well actually for like a week or so, i didn't use an account on here but i don't know when i started to edit things without an account. right now i'm not that active around here that much and for some reason i am ranked 18 on here.

you can find me sometimes on the live BlogChat on BlogClan and you can also sometimes find me on the Wiki Live Chat as well, and if you don't know my username it's, "Bluebell the Sponge". though note i haven't joined many live chats recently.

what others say about me

She's awesome and I love her memes! She thinks of the best things to go with them that sometimes I freak out at how perfect and relatable they are 😄 I am constantly impressed at how you can find a Bluebell comment on 95% of the comments I see! We're lucky to have our Bluebellpaw. <3 ~ Pebble.

I am lucky to have her as a friend! ~ Plipplop (Snowpuff).

Bella is super sweet and wonderful, plus I love seeing her comments around the blog! She's a great friend, and her SpongeBob memes are the best. <3 ~ Spidey.

Bluebell is super nice and sweet, she has code my page! Thanks! :D ~ Crystie.

Bluebell never fails to make me laugh with her constant Spongebob memes. ~ Navy.

Her SpongeBob memes are the BEST!!! Bluebell is a great person! ~ Squirrel.

Bluebell is the most funniest, kindest blogclanner I know, her Spongebob memes should go into the hall of fame! ~ Flighty.

Bluebell is the VERY BEST SPONGEBOB PERSON and also is the most awesomely amazing BlogClanner! :D ~ Shadow.

Bluebell's cooler than the ocean and Spongebob memes, Also, Spongebob memes are great and if Bluebell stops posting them I am calling the police because that means something bad happened. ~ Fox Trot.

Bluebell is one of the funniest people I've ever air-quote "met." She teaches important life lessons through her memes, so y'all better take a closer look. ~ Wistep.

I depend on Bluebell’s SpongeBob memes. Without them I would go crazy. <3 ~ Pineblossom.

Bluebell is a very kind, welcoming, down-to-earth, laid-back and accepting person who has a good taste in music and creates SpongeBob memes that are hilarious and relatable. Sometimes I wonder how she finds the perfect caption for a picture or GIF because sometimes I struggle coming up with a fitting caption for a picture and vice-versa. I also wonder how someone can be so active and popular on the blog as much as Bluebell; I can't do it even though I've been on the blog for longer than her and have quite a bit of free time! Overall, Bluebell is a BRILL-iant person! ;) (Brill is a kind of fish, hence the pun.) From Plumeflake.

Bluebell is an awesome, super kind and friendly person!!! Her SpongeBob memes always make me smile, and cheer me up! :D ~Aquila

You are funny, awesome, and amazing Bluebell! When I met you, I immediately knew that I was going to like you. Your personality is absolutely extraordinary, and you continue to amaze me. You make my day with all your jokes, and your Spongebob memes that are SO relatable! I'm really happy, and glad to have you as a friend. - Crookedmoon

“Bluebell is so kindhearted. She makes every single BlogClanner feel welcomed and loved. Bluebell is just amazing, and she rocks!”~Turtledapple

Bluebell is so awesome! She's always there for others and her memes cheer me up when I'm feeling down! She tries her best to be her best, and I respect that in her. ily, Bella <3 - Dovepaw

Bluebell replies to every comment on certain pages which makes us feel welcomed, which is an amazing thing to do! She's such an awesome person! ~Flowerpaw/song

Bluebell is really cool and funny! She makes sure everyone is included by replying to nearly every comment! How does she do it? Magic Bluebell... ~Mountainpaw

in real life i'm the same person but lonely

i can play violin

my birthday is october 20th

i can be confusing sometimes 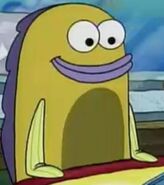 i love this gif so much

litten is my favorite fire starter

weird looking dolphin i made while using a mouse

no idea why i made this 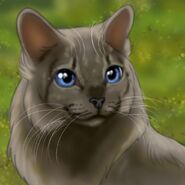 me and SpongeBob by Crystie

me by my holiday gift partner from 2018 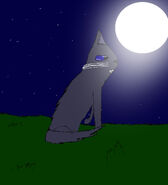 me by my holiday gift exchange partner from 2017

updated drawing of me and spongebob by Crystie 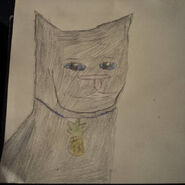 new drawing of me by Sandy 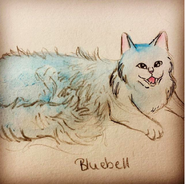 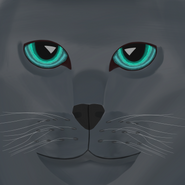 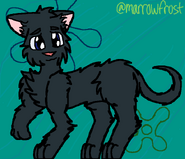 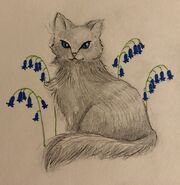 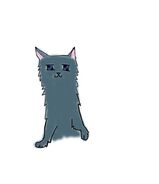 me as a pokemon trainer by Rose 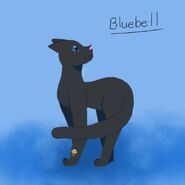 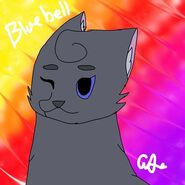 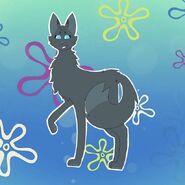 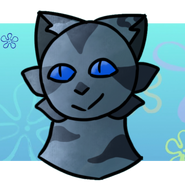 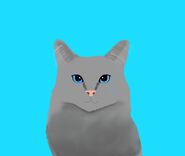 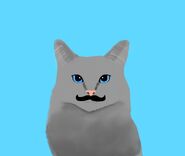 mustached me by Pine 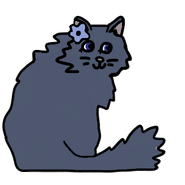 facts about me, yay

this great coding is done by the wonderful, Spidey.

text shadow and errors fixed by the great Misty.