Beaconpaw/light is a small ginger she-cat, with thick, fluffy tabby fur. She has long whiskers with bright, brown eyes and a chip in her right ear. Along with this she has curly tabby fur and stubby legs. Her tail curls inwards. forming a swirl of fur.

Beaconpaw is very outgoing, and is not afraid to stand up for what is right. She can be very loud or quiet, depending on who she is around. She tries her best but often finds herself slacking. Don't be surprised if Beaconpaw holds a grudge against you for no reason...she's like that. Beaconpaw can also easily come across as annoying, or stuck up. When Bea fails, she can often become very distant from herself and relies on others to get her back on her feet-paws?

Beaconpaw (Real name[edited out] (preferred, chayos) joined in December, and is sill new to blogclan, but is trying to meet as may peeps as possible. Chayos considers herself an artist. She also loves to do theater, and got the lead in her 2019 spring play. She is also into one other fandom currently, the gorillaz fandom :D In her freetime chayos is probably drawing, reading, or talking to her gf. Maybe homework, maybe. She procrastinates a lot.

She has a dog named Oreo, 4 cacti named 2d, Noodle, Shiro and Adam, and an array of fake plants with names such as; Taquito, Prickles, and Prockles, to name a few.

Chayos recently got a job, and is still being trained lol

Chayos also loves foxes with a burning passion. Anything you want to know about foxes as pets can be answered by her. She got to visit largest fox rescue in the US this August, and got to meet real foxes, and even got to hold a baby fox!!

Beaconpaw joined on December 9th, 2019. She is still new to Blogclan, but tries to be as active as she can. She is usually in the tavern.

Chayos originally started reading Warriors in 3rd grade. She was intrested for a few years then moved on to other things. She decided to re read the series in 8th grade and became hooked once again. She is currently on River of Fire.

feel free to add yourself!

I would love to make a fanfic based on the lessons I learned when I was little, but I would need to figure out lots of things. It would involve Beaconpaw finding her place in the world and learning the tough lesson that not everyone is who they seem. 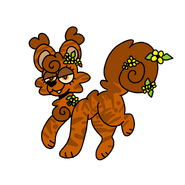 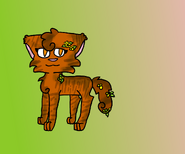 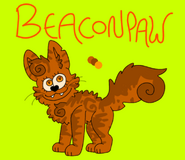 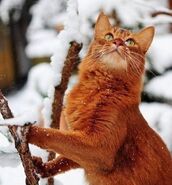